To share your memory on the wall of William Burrows, sign in using one of the following options:

There are no events scheduled. You can still show your support by sending flowers directly to the family, or planting a memorial tree in memory of William Eugene "Gene" Burrows.
Plant a Tree

We encourage you to share your most beloved memories of William here, so that the family and other loved ones can always see it. You can upload cherished photographs, or share your favorite stories, and can even comment on those shared by others.

Posted Aug 08, 2020 at 12:00am
May memories of Gene and the love of family surround you and give you strength in the days ahead.
Comment Share
Share via:
CS

Posted Aug 08, 2020 at 12:00am
So very sad to hear of Gene's passing. He was such a good friend and all round great guy. He has close friends welcoming him to heaven for sure. Sincere sympathy to his family. Thanks Debbie for the call. Keep in touch. Miss him and Shirley all the time. Great memories and card games filed away for me. Colleen Sharp.
Comment Share
Share via:
KL 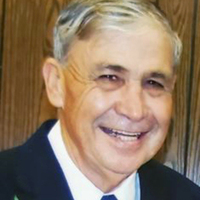