To share your memory on the wall of Steven Ehrhardt, sign in using one of the following options:

There are no events scheduled. You can still show your support by sending flowers directly to the family, or planting a memorial tree in memory of Steven Craig Ehrhardt.
Plant a Tree

We encourage you to share your most beloved memories of Steven here, so that the family and other loved ones can always see it. You can upload cherished photographs, or share your favorite stories, and can even comment on those shared by others.

Hi Leah, I am Steve's 2nd oldest. Please message me on fb if you could. Sincerely, Alisha Ehrhardt
CK

Posted Apr 20, 2020 at 12:00am
It saddens me to learn of his passing. He was my Flight Chief while stationed at FE Warren AFB in Cheyenne Wyoming. Always well respected by his Airmen, he helped shape many of us! God Bless!
Comment Share
Share via:
HJ

Posted Mar 07, 2020 at 12:00am
Steve was (as all are) a very special nephew. I was only 8 when he was born to Margaret Joann Brayton (went by Joann) and was like a little brother. He had a special kind of humor that could lighten any situation. Love him and will miss him. Love, Aunt Judi
Comment Share
Share via:
MS

Posted Feb 24, 2020 at 12:00am
I'm a custodian at the arsenal and got to know steve over the last 10 or so yrs...such a great guy to talk to and he always had you laughing he will surely be missed...
Comment Share
Share via: 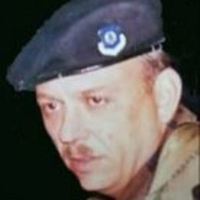