To share your memory on the wall of Roger Carlson, sign in using one of the following options:

Visitation will be Friday, April 23, 2021 from 11:00 am to 1:00 pm with service to follow at Wendt Funeral Home in Moline. Burial will be at Rose Lawn Cemetery in Moline.

Memorials may be made to the 15th Avenue Christian Church in Rock Island.

Roger was born at Lutheran Hospital in Chicago, IL, September 8, 1931, to Clarence and Ellen Carlson. He married Mable Butcher on September 29, 1956 in Rock Island, IL.

Roger was a graduate of Moline High School. He started his Carpenters' Apprenticeship with Axel Carlson Company, Moline, in 1955, then becoming a Journeyman in 1956, at which time he became the Vice-President of the Carpenters' Local 241. In 1958, after working his way up, Roger became the President of the Local 241 and was a delegate to the Carpenters' District Council. In 1963, he became their Business Agent and was in charge of nine different locals for thirty years. Roger was also Vice-President of Building Trades in 1964, becoming their President in 1965 for two years and after thirty years as their Business Agent, being elected to AFL-CIO Hall of Fame in 2000. Al Gore, who was running for President at the time, was present at Roger's recognition ceremony. He served on the Moline Housing Commission and as Chairman of Carpenters' Apprentice for twenty-four years; he was a life-long believer in organized labor. Roger was a life member of Oakwood Country Club. He loved boating, playing cards (Euchre), being an avid golfer, and especially loved the kids' sporting events and going to all their games.

He was preceded in death by his parents.
Read Less

To send flowers to the family or plant a tree in memory of Roger Carlson, please visit our Heartfelt Sympathies Store.

We encourage you to share your most beloved memories of Roger here, so that the family and other loved ones can always see it. You can upload cherished photographs, or share your favorite stories, and can even comment on those shared by others.

Todd Wolf, Ellen, William, and Peter Anderson Holt (Davis, CA, and other have sent flowers to the family of Roger Carlson.
Show you care by sending flowers

Posted Apr 23, 2021 at 04:03pm
Kindly accept God's blessings for all of Roger's family.
The Robert Wheelan family share many generations of association.
We have many fond memories of all of you.
Our heartfelt love and condolences to all.
Comment Share
Share via:
LB

Posted Apr 22, 2021 at 03:30pm
My condolences as you mourn the passing of your husband. My brother Michael saw the obituary and let me know the sad news. Mabel, I am Effie's daughter and remember seeing you, Roger, your two sisters and brother-in-law at Pie Night. Mom was always happy to see you all and treasured your friendship. As the Greeks say, May his memory be eternal! With sympathy and prayers, Lori Skafidas-Boland
Comment Share
Share via:
AJ

I wanted to pass along my sympathy on the loss of your husband. My dad, Bill Yokas, was a member of the carpenter’s union and proud to call Roger his BA. I am also one of your former students. I am keeping you and your family in my prayers.
Comment Share
Share via:
TW

Posted Apr 22, 2021 at 02:12pm
Thank you Roger for the endless generosity of the Carlson family growing up and putting up with me and Marks antics . You will be missed Sir!

Posted Apr 22, 2021 at 12:02am
We wish we could be there with all of you this week, and will always remember all the kindness and fun Uncle Roger shared with all of us. 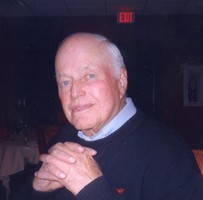 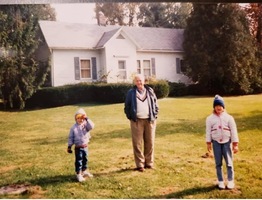