To share your memory on the wall of Richard Manasco, sign in using one of the following options:

In lieu of flowers the family asks that any donations be sent to St. Jude's.

Bob loved spending time with his grandchildren in which included traveling, gardening, camping, fishing, and hunting. He also enjoyed going to Florida for the winters.

He was preceded in death by his parents, a son-in-law Wes, three brothers and three sisters.


Family and friends are invited to express online condolences at www.wendtfuneralhome.com
Read Less

To send flowers to the family or plant a tree in memory of Richard "Bob" Manasco, please visit our Heartfelt Sympathies Store.

We encourage you to share your most beloved memories of Richard here, so that the family and other loved ones can always see it. You can upload cherished photographs, or share your favorite stories, and can even comment on those shared by others.

Posted Mar 12, 2021 at 09:11pm
I know this is a bit late before I am one of his great grand children my name is Kayleigh and I will always miss my papa I know he is better now but it still seems not real to me and the minute I saw that casket I broke down in tears because of how much I miss him but I had a pretty good time hanging out with him every chance I could shh don’t tell anyone but I am his favorite
Comment Share
Share via:

Posted Jan 21, 2021 at 06:33pm
I didn't know your father as well as I would have liked. As far as I could tell he was pretty much your quintessential Midwest farmer. The kind of guy you could depend on to take care of his family and neighbors. I know that your folks and mine both tolerated a whole lot of basement role-playing and general shenanigans throughout our teen years. I do smile when remembering the "magnetic earing incident." Anything you need, brother, you have only to ask.
Comment Share
Share via:
MG

Posted Jan 21, 2021 at 06:23pm
Our sympathy to Bob and Nicole and the entire Manasco family. We are thinking of you.
Sincerely, Marty and Sue Golby, Geneseo, IL.
Comment Share
Share via:
TK

Posted Jan 20, 2021 at 11:34am
Please accept our deepest sympathy for your loss. In remembrance of Mr. Manasco and his appreciation of nature, a tree is being planted in his honor.

Posted Jan 19, 2021 at 10:29pm
We send you thoughts of peace and courage, your family is in our thoughts and prayers. 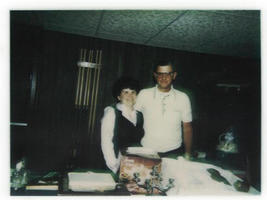