To share your memory on the wall of Marlin Rodemeyer, sign in using one of the following options:

To send a flower arrangement to the family of
Marlin Karl Rodemeyer , please click here to visit our Sympathy Store .
Read Less

There are no events scheduled. You can still show your support by sending flowers directly to the family, or planting a memorial tree in memory of Marlin Karl Rodemeyer.
Plant a Tree

We encourage you to share your most beloved memories of Marlin here, so that the family and other loved ones can always see it. You can upload cherished photographs, or share your favorite stories, and can even comment on those shared by others.

Posted Nov 12, 2020 at 12:00am
Our thoughts and prayers go out to Karl's family and loved ones. He was a very kind man and loved my Sister very much. Since we lived in different states, we didn't get to spend a lot of time together. But every summer when we would go back to Colorado for a visit, Karl and Lori would gather all the family together at their home for a BBQ and good times! Karl was a gracious host. I know every time I see a hedgehog, I think of Karl; as that was the first time I ever saw one, and he was always holding it. Rest in Peace dear Karl 🙏
Karen and Roger Quenan
Comment Share
Share via:
LN

Posted Nov 10, 2020 at 12:00am
Karl was my best friend and the love of my life. He was a kind hearted man, most did not know this of him because he wasn’t one to let his feelings show. We were together for 13 years 4 of which we were apart. There was only a handful of days that went by that we did not talk or text in those 4 years. We had been trying to see each other, but was not possible.   Karl wanted a Ferrari so he could go 200 miles an hour. He was a thriller seeker for sure and not afraid of anything. He loved his work hanging wallpaper. He taught my son to hang paper and my son is very grateful to Karl for that. Karl was always the type to lend a hand to anyone who needed it. Karl love animals more than humans and some have said they want to be Karl’s pet in their next life. Karl enjoyed being outside no matter the weather, the colder the better. For years we grew a vegetable garden together even though he did not like many vegetables. Karl was a great dart player. We were on a dart league for a few years, great times. Karl’s love and knowledge for birds was amazing. Fly with the birds my love. I could go on and on because he was a great man. To the love of my life and best friend Rest In Peace, until we meet again
Comment Share
Share via:
KT

Posted Nov 06, 2020 at 12:00am
Karl and I were inseparable later in his life as we shared many commonalities. I managed National Parks and worked 35 years in EMS and he was always interested in those issues in life. The outdoors with wildlife and all it has to offer was very important in life as he always told me he was closest to the heavens when he was outdoors with Nature. We shared countless hours on the phone after we departed and he moved back to Moline and I back to Northern Idaho where my home was. Seems we always solved the "World Problems" before we closed our conversations that day. My wife and I were dear friend of Lori & Karl in Loveland, Colorado and enjoyed their company many times. I will truly miss all my private times and just sharing our lives with each other as we both agreed it is so very short. May Karl RIP as I'll never forget him as a true friend and brother in life.
Comment Share
Share via: 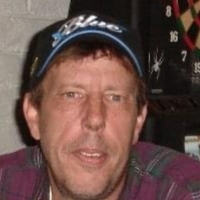