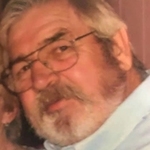 Mark Alan Babcock, of Moline, Illinois, passed away on Saturday, October 31, 2020, at Unity Point in Rock Island, IL.
There will be a Private Family Burial on Friday, November 6, 2020, at Rock Island National Cemetery with a Celebration of Life to be held at a later date.
Memorials may be made to St. Jude’s
Mark Babcock was born in Moline, Illinois on October 24, 1948, to Jack and Marcella (Hopkins) Babcock. He married Sally Iverson on September 13, 1969, in Moline, Illinois who survives.
Mark Babcock graduated from Moline High School Class of 1967 where he enjoyed wrestling. Mark was a veteran of the U.S. Army serving in Germany from 1968 thru 1970. When he was younger he worked in the Restaurant Business, managing the Boars Head in Moline, and was an Assistant Manager at The Dock in Davenport, IA. He also owned a restaurant in Sherrard, IL, called Food and Company. After leaving the restaurant business, he sold cars for various car dealerships around the Quad Cities. He enjoyed spending time at the family cabin in Decorah, IA. He was a skilled woodworker making a variety of different objects for family and friends.
Survivors include his wife Sally; two sons, Ira Babcock of Rock Island, and Noah (Kimberly) Babcock of Sherrard, IL, a special niece Teresa Garcia.
He was preceded in death by his mother and two brothers Mike Babcock and Steve Babcock.


To send a flower arrangement to the family of
Mark Alan Babcock , please click here to visit our Sympathy Store .