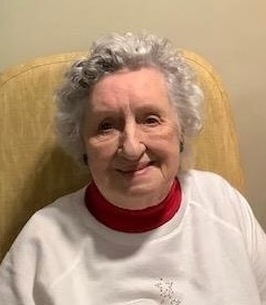 A funeral service will take place at Wendt Funeral Home on Thursday, December 16, 2021 at 11 am with a visitation prior to the service, from 10-11 am. Inurnment will be in Rose Lawn Memorial Estates, Moline.

In lieu of flowers, memorials may be made to the Diabetes Association.

Marilyn was self-employed as a caterer for over 50 years. She was an active member of the former First Christian Church in Moline, and a member of the church Bell Choir. She belonged to the Moline Women's Club, the Rock Island County Home Extension Office, and the Bunco Club.

She was preceded in death by her husband, a son, Terry; her parents; sister, Esther Lawson and a brother Clarence Leroy Crosby.

Family and friends are invited to share memories and express online condolences at wendtfuneralhome.com