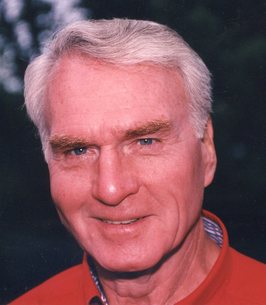 A private family memorial service will be held at a later date.

Ferrel was born October 20, 1928, in Waterloo, IA, to T. Laban and Helen (Hunt) Lytle. He was raised in Washington, IL, and moved to Peoria when he married his classmate Carol Land. Ferrel enjoyed his long career at Caterpillar Tractor as a research engineer. After graduating from Bradley University, Ferrel and Carol raised their four children in Peoria. He later married Mary Alice Hohlfelder from Peoria.

Ferrel gave his full attention to detail and getting the job done. He had many interesting hobbies. During his high school years, he became a ham radio operator while working in a radio shop. He could fix anything and enjoyed the challenge of making something that was broken work again. He was a devoted Boy Scout Master for many years. He took several fishing trips to the boundary waters and was on the Caterpillar shooting team. He loved to travel and rode over 100,000 miles on his BMW motorcycle in North and Central America. Ferrel volunteered for many years with the Red Cross and was called upon to serve at numerous disaster sites around our country in which his primary duty was organizing disaster relief efforts.

He was preceded in death by his infant twin sons, his son Bruce Lytle, his wife Mary Alice, and his step-son David Hohlfelder.

We invite family and friends to express online condolences at wendtfuneralhome.com.