To share your memory on the wall of Jerry Franklin, sign in using one of the following options:

There are no events scheduled. You can still show your support by sending flowers directly to the family, or planting a memorial tree in memory of Jerry L Franklin.
Plant a Tree

We encourage you to share your most beloved memories of Jerry here, so that the family and other loved ones can always see it. You can upload cherished photographs, or share your favorite stories, and can even comment on those shared by others.

Posted Oct 21, 2020 at 12:00am
We were so sorry to hear that Jerry had passed. He was a good friend for many years and drove with Sonny for Advance. Sonny tried to call, and had not had an answer for some time, so he was afraid Jerry could be gone. Our deepest sympathies to his family.
Comment Share
Share via:
BY

Posted Feb 24, 2020 at 12:00am
We are thinking of you during this difficult time. May you all find and bring peace to each other during this time.
Comment Share
Share via:
LO

Posted Feb 23, 2020 at 12:00am
I am so glad you were a part of our lives. You were always so happy to see Mikel and I and treated us always as family. You were loved and will be missed.
Comment Share
Share via:
TC 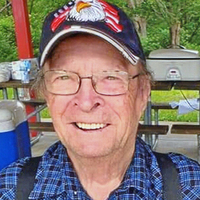