To share your memory on the wall of Gilbert Short, sign in using one of the following options:

We are looking forward to celebrating the life of Gilbert "Sonny" Short with our family and friends on Saturday, January 30th at the Starlite Ballroom.

To send a flower arrangement to the family of Gilbert "Sonny" Short , please click here to visit our Sympathy Store .
Read Less

To send flowers to the family or plant a tree in memory of Gilbert "Sonny" Short, please visit our Heartfelt Sympathies Store.

Donations are being accepted for:
RESCUED INC SPEEDWAY FIRE RESCUE

We encourage you to share your most beloved memories of Gilbert here, so that the family and other loved ones can always see it. You can upload cherished photographs, or share your favorite stories, and can even comment on those shared by others.

Posted May 27, 2020 at 12:00am
So sorry for your loss & just remember that you never say goodbye you say see you later as we will see him again someday.
Comment Share
Share via:
WS

Posted May 25, 2020 at 12:00am
I always knew Sonny to be an upstanding and good man and have been proud to be his cousin! All my condolences to the family !
Comment Share
Share via:
AB

Posted May 24, 2020 at 12:00am
Gilbert and I joined the Navy on the Buddy System. We have been friends for many years. My sympathy to the family
Comment Share
Share via:
LS

Posted May 24, 2020 at 12:00am
Gil worked with us at General Sand & Gravel until he left to start his fire extinguisher business. He was a good mechanic and welder and an excellent co-worker. We hated to lose him but we became a customer and saw him frequently. Condolences to his family.
Comment Share
Share via: 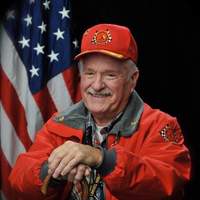