To share your memory on the wall of Frank Martin, sign in using one of the following options:

Frank was born August 10, 1956 in Milwaukee, Wisconsin, son of John D. Martin and Mary Louise (Frank) Martin.
A Religious Gathering will be held at Wendt Funeral Home in Moline, IL, on Saturday, December 19, 2020, from 12:00pm to 2:00pm. A Family Memorial Service will be held at 2:00pm and can be viewed by family and friends starting at 2:00pm via livestream.

He lived for decades in Moline, marrying Deborah Farrance in 1978, and was employed by Deere & Company for over 40 years until retiring in 2018.
He resided in retirement close to his family in Eldridge, Iowa. Frank treated his family and friends with kindness and respect.
He was a loyal and loving father, grandfather, brother, and son. His sprit will remain in our hearts and thoughts forever.

Frank was a Pilgrim in many ways, he explored his spiritual beliefs, traveling widely in the fellowship of his friends and family. In his faith as a Christian, he found meaning in service to others. He was a patriot and a direct descendant of six passengers on the Mayflower. He was baptized in The Pilgrim First Congregational Church by his grandfather, Reverend Theodore Frank.
Frank enjoyed outdoor sports; skiing, hiking, and logging thousands of miles on his bicycles, he was very active in Quad City Bike Club, completing the RAGBRAI ride across Iowa and running the BIX annually. He often vacationed in Door County, Wisconsin in the Summer months and was a devoted Green Bay Packer fan.
Frank was an Eagle Scout, an achievement he shared with his three brothers, who also reached this distinction. He also supported his grandson and was his sponsor for The Cub Scouts.

Frank was employed at John Deere in a career spanning many decades, retiring in 2019 after 43 years of continual service. He completed a bachelor’s degree at Western Illinois University.

Frank is lovingly remembered by his Son, Brad; and his daughter, Dawn; his grandsons, Rizon and Noah; and his three brothers, David, Ted, and John. He was Uncle Frank to his nieces, Cassandra, Marissa, Jennifer, Molly, Caroline and Linda; and to his nephews, Andrew and Will. He is also survived by his former wife, Debra (Farrance) Halstead.

His ashes interred in the Ludington & Frank Family Plot at Forest Home Cemetery in Milwaukee, Wisconsin.

To send flowers to the family or plant a tree in memory of Frank Stephens Martin, please visit our Heartfelt Sympathies Store.

We encourage you to share your most beloved memories of Frank here, so that the family and other loved ones can always see it. You can upload cherished photographs, or share your favorite stories, and can even comment on those shared by others.

Tom & Laura Raney, Michele Linhart, and other have sent flowers to the family of Frank Stephens Martin.
Show you care by sending flowers

Posted Apr 18, 2021 at 04:50pm
I hadn’t seen Frank in several months and just now learned of his passing. Frank was a great guy and I always enjoyed seeing him. Rip, Frank. You were taken way too soon.
Comment Share
Share via:
DM

Posted Dec 27, 2020 at 10:12pm
Frank and I worked on many Quad Cities Bicycle Club committees together. Health Fairs, Criterium, and Frank was always bringing up great ideas to make things better. Frank told me he had a nickname "Tank" that he acquired when he was in his youth I believe,
so we would use our nicknames when addressing each other. Frank was a mainstay for the 4th shift of the Criterium and had his daughter volunteer also. "Tank", if you have computer access in Heaven...I just want to let you know that you were and still are to me an amazing positive person.
Comment Share
Share via:
BW

Posted Dec 19, 2020 at 09:52am
I worked with Frank early in his career, at Deere. I, also, shared in his passion for riding bicycles. We did many rides together. Frank was also quick to volunteer to help out with bike club activities. He was a key volunteer for the Criterium for many years. Frank was always a pleasure to be with and will be missed. Cathy and I offer our best wishes and condolences to his family.
Comment Share
Share via:
HS

Posted Dec 18, 2020 at 09:37pm
May all your loving memories bring you comfort. With love, Craig, Connie, and Christopher Brackney and Mike & Christin Robertson

Flowers were purchased for the family of Frank Martin. Send Flowers

Posted Dec 18, 2020 at 04:52pm
Our thoughts and prayers to everyone touched by the passing of my dear friend and true brother Franko. 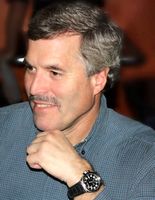 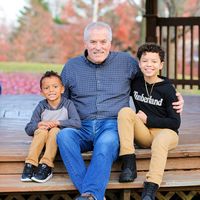 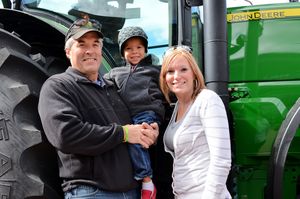 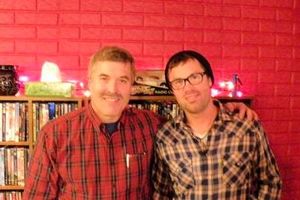