To share your memory on the wall of Earl Wendt, sign in using one of the following options:

To send flowers to the family or plant a tree in memory of Earl L. "Buck" Wendt III, please visit our Heartfelt Sympathies Store.

We encourage you to share your most beloved memories of Earl here, so that the family and other loved ones can always see it. You can upload cherished photographs, or share your favorite stories, and can even comment on those shared by others.

Posted Feb 18, 2021 at 12:49am
On behalf of the James J Coryn family we would like to send the family our heartfelt condolences and prayers on the loss of Earl. We will remember him and the family in our thoughts and prayers! God bless!
Comment Share
Share via:
NG

Posted Oct 24, 2020 at 12:00am
Coralie,
We are sorry to learn of your dear husband's passing. Buck was a very special, kind, and accomplished gentleman who enjoyed life -- and lived it as so. We know that he will be greatly missed.
Comment Share
Share via:
PM

Posted Oct 20, 2020 at 12:00am
Dear Boo and Family,
Buck was a really great guy and great Moliner! As you can see in the video he was always smiling! He really seemed to know how to enjoy life. RIP, Peter McDermott
Comment Share
Share via:
K

Posted Oct 19, 2020 at 12:00am
Dear Coralie, Beth, Boo and your families. My heart goes out to you. Growing up and Loving Jesus in First Congregational Church with our families. Heavenly laughter, joy and peace showers us now.  Congregators boat rides picnics classic cars great stories and embracing all of us. Memories are smiling and bursting with Love. KimMitchell
Comment Share
Share via: 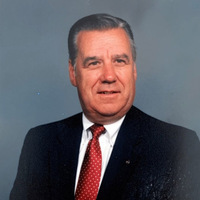