To share your memory on the wall of Dwaine Christofferson, sign in using one of the following options:

There are no events scheduled. You can still show your support by sending flowers directly to the family, or planting a memorial tree in memory of Dwaine "Chris" Christofferson.
Plant a Tree

We encourage you to share your most beloved memories of Dwaine here, so that the family and other loved ones can always see it. You can upload cherished photographs, or share your favorite stories, and can even comment on those shared by others.

Posted May 25, 2020 at 12:00am
So sorry to hear of Chris’s passing. I worked with Chris when he was at Deere Harvester Credit Union. Such a wonderful person. Our thoughts and prayers are with Irene and the family.
Comment Share
Share via:
MD

Posted May 25, 2020 at 12:00am
Our prayers go out to the family of a good friends and a man that I admired. Chris will always bring back great memories when I think of him. Rest in peace brother.
Comment Share
Share via:
LH

Posted May 25, 2020 at 12:00am
So sorry for your loss, Chris and my Father were credit union friends and instrumental in starting my financial stability. May God be with you all.
Comment Share
Share via:
DW

Posted May 24, 2020 at 12:00am
Sending my sincere sympathy to Chris’s family. I was a volunteer at InTouch daycare for our beloved Veterans. When Chris and Dwayne, another participant, sat by each other the stories just flowed. Chris was always a gentleman and very enjoyable to be around. Sure do miss them and those days. Keeping you all in my thoughts and prayers.
Comment Share
Share via:
KW

Posted May 24, 2020 at 12:00am
Irene, Nancy, Lauren, and Haley: We are so sorry to learn of the loss of your husband, father, and grandfather. He was a great guy! We can still hear his hearty laugh! We are also sorry that current circumstances will make it unable for us to convey our condolences in person.
Comment Share
Share via: 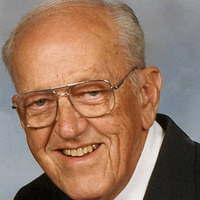