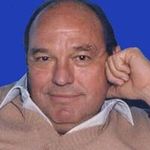 Donald R. Bealer, 88, of Coal Valley, IL, died Sunday, September 6, 2020 at his home. Visitation will be Thursday, September 10 th from 4 p.m. to 7 p.m. at Wendt Funeral Home in Moline, IL. Services will be Friday, September 11 th at 10:30 a.m. at the funeral home. Burial will be in Moline Memorial Park Cemetery, Moline with Military Rites accorded by American Legion Post 246.
In lieu of flowers, memorials may be made to the Alzheimer’s Association or the Children’s Therapy Center.
Donnie was born January 24 th , 1932 in Milan, Il, son of Gus and Ida (Cooper) Bealer. He married Beverly Strayer July 18 th 1954.Donnie was a graduate of Rock Island High School and served in the U.S. Army during the Korean Conflict.  Upon return from the war, Donnie began a legacy in business that spanned for more than 60 years and continues to this day. It all began when Donnie purchased the Good’s estate and constructed Beverly Manor Apartments which included 6 apartment buildings around the carriage house.  Donnie started 5 Cities Construction which later became 5 Cities Paving and did numerous projects around the quad cities. They include renovating the Orchard Center on 23 rd Ave, poured the concrete parking lots when Black Hawk College was constructed, repaved 5 th avenue in the 1970’s and a portion of 12 th avenue in Moline. He was awarded the 5 th Street paving project in Rock Island and continued to renovate that area when the paving project was complete. He built a 100-door truck terminal in Rock Island along with numerous other projects around the Quad Cities. He and his son, Bryan, traveled around the Midwest building and renovating buildings for CCX/XPO Trucking Terminals. He was a land developer in Coal Valley and developed the Oak Knoll, Windcrest and Oak View Estates subdivisions. Through Donnie’s example, his son Bryan and grandsons continues his legacy through the Bealer Family Builders.  He was a member of the Moline Lions Club, the Elks Club, and the QB – the Quiet Birds Aviation Club. Donnie enjoyed flying, boating, cooking and especially loved spending time with family.
In addition to his wife, Beverly, survivors include a son, Bryan (Beth) Bealer of Coal Valley, grandchildren, Emalee Bealer of Coal Valley, Brandon (Elizabeth Benedict) Bealer of Coal Valley, and Andrew (Brooke) Bealer of Moline; and great grandchildren Benny, Izzy and Brewer.
He was proceded in death by his parents, a sister, a brother, and his son, Donald E. Bealer.
The family would like to thank hospice and the care givers who have provided love and support.
Funeral services will be live streamed via Zoom:  https://us02web.zoom.us/j/83243521115?pwd=ZmNRRVVTR2swVloxS3Z6VjZyR09vUT09
Meeting ID: 832 4352 1115 Passcode: 9112020
Dial by your location +1 312 626 6799 US (Chicago) +1 929 205 6099 US (New York) +1 301 715 8592 US (Germantown) +1 346 248 7799 US (Houston) +1 669 900 6833 US (San Jose) +1 253 215 8782 US (Tacoma)


To send a flower arrangement to the family of
Donald R Bealer , please click here to visit our Sympathy Store .