To share your memory on the wall of Donald Bealer, sign in using one of the following options:


To send a flower arrangement to the family of
Donald R Bealer , please click here to visit our Sympathy Store .
Read Less

There are no events scheduled. You can still show your support by sending flowers directly to the family, or planting a memorial tree in memory of Donald R Bealer.
Plant a Tree

We encourage you to share your most beloved memories of Donald here, so that the family and other loved ones can always see it. You can upload cherished photographs, or share your favorite stories, and can even comment on those shared by others.

Posted Sep 13, 2020 at 12:00am
Dear Bev and Family,
We were so sorry to hear of Don's passing. Our prayers are with all of you as you navigate this sad time. He will always have a special place in your hearts and the many who remember him.
Peace and Love,
Bernie Miller and Family
Comment Share
Share via:
NE

Posted Sep 11, 2020 at 12:00am
In loving memory of a wonderful person. We will love you and miss you always. With deepest sympathy to the family.
Comment Share
Share via:
DI

Posted Sep 11, 2020 at 12:00am
Beverly and Bryan we have many memories with Don and your family and so our sincerest and heart felt condolences from us. Blessings Connie & Clem
Comment Share
Share via:
CM 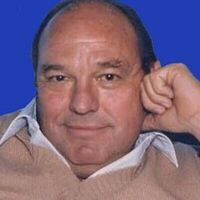