To share your memory on the wall of Don Smart, sign in using one of the following options:

To plant a memorial tree in honor of Don Smart, please visit our Heartfelt Sympathies Store.

There are no events scheduled. You can still show your support by sending flowers directly to the family, or planting a memorial tree in memory of Don Smart.
Plant a Tree

We encourage you to share your most beloved memories of Don here, so that the family and other loved ones can always see it. You can upload cherished photographs, or share your favorite stories, and can even comment on those shared by others.

Posted May 01, 2020 at 12:00am
Our condolences to Mary and our 2 nieces, Beth and Dana and also to our nephew Craig. I’ve know Don since I was 8 yrs old when he first dared my sister Barb, who he eventually married.
Don and I built several houses together and he taught me how to be a good carpenter. Margee and I will miss his occasional phone calls, just to say hi and see how we were doing. He always liked us and we liked him very much. We will miss him a lot.
Comment Share
Share via:
CW

Posted Apr 30, 2020 at 12:00am
My sympathies to the family and loved ones. I have found memories of Don as being so kind and caring to others.
Comment Share
Share via:
MM

Posted Apr 30, 2020 at 12:00am
I was so sorry to see that Don passed away. Don was behind Jack's joining the Historical Society and the coffee group. Thinking of you, caring about you, and wishing strength and peace. Love, Mary Kay
Comment Share
Share via:
TP

Posted Apr 28, 2020 at 12:00am
Mary and family, we are so saddened to lose Don. We considered him and you, Mary, to be our friends for the many years we have known you both. We will always remember Don's wit, smile and humorous personality. May God keep him safe in heaven and for eternity. Love, Arno and Vivian Panicucci
Comment Share
Share via:
CD

Posted Apr 28, 2020 at 12:00am
We at the Carpenter Training Center would like to express our sympathy to Don's family. We will miss his visits and donations of books and tools to our apprenticeship program. He was always teaching and absolutely loved his trade and union. He will be sorely missed! May he rest in peace.
Comment Share
Share via: 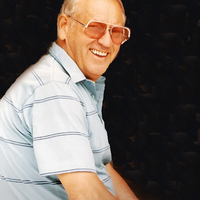