To share your memory on the wall of Dennis Wells, sign in using one of the following options:

To send flowers to the family or plant a tree in memory of Dennis William Wells, please visit our Heartfelt Sympathies Store.

We encourage you to share your most beloved memories of Dennis here, so that the family and other loved ones can always see it. You can upload cherished photographs, or share your favorite stories, and can even comment on those shared by others.

Posted Jul 24, 2020 at 12:00am
It's not often in this world that you encounter a human being as kind, caring, and giving such as Dennis. For 13 yrs he was my son's best friend. During those years, I came to know & respect Dennis and was honored to call him my friend. He will be greatly missed by many. My heart & prayers are with Cindy & the entire Wells family. God Bless you.
Comment Share
Share via:
RS

Posted Jul 20, 2020 at 12:00am
Without Dennis and Cindy Wells, I would not have met Susan Ann Williams, the love of my life since New Years Eve 1977. Less than 6 months later, Dennis honored me as my best man in Arkadelphia, Arkansas, home town to Sue and Cindy, While our military and later Civilian duties took us over separate geographical journeys around the world, we crossed paths professionally as logisticians several times. Dennis was loved, and respected by those who worked for or with him on projects big and small. At one point, when running a project to clean, customs clear, and ship thousands of excess Army equipment back to the States from Europe, the mention of Dennis name brought me respect and good Will with some of his compatriots from Italy, then working in Europe. I wish Cindy and their young men Stephen and Patrick my condolences, and the brotherhood of those who walked for a few minutes or longer in the same path, good tidings, and to drink a toast to a quality human being. love you Dennis.
Comment Share
Share via:
DH

Posted Jul 19, 2020 at 12:00am
I worked with Dennis when I was working at Transportation in Italy and he was the Director of the Depot. Mr Wells was the one that made everything happened . Very knowledgeable and his legacy and his super humor were his strength . The Lord has a very good man in Heaven . We moved to Ft Campbell on 1998 and Mike was able and share stories when he went to Rock Island TDY just after he moved to the States. He loved Italy and we thought he never will move back to the States . He was appreciated as a boss, as friend and Italy became soon his send home and he and family were appreciated there. May God bless Mrs Wells and family . You All are in our prayers and we know the He from up there , is watching us to make sure that we are doing the right things in the Lord’s will. What a great person. We learnt a lot from Dennis and his legacy and continue support will never be forget . Blessing to you All . Daniela and Mike Holland
Comment Share
Share via:
SW

Posted Jul 19, 2020 at 12:00am
Dennis was like a brother. He was fun, helpful and kindhearted. He said what was on his mind and I loved him dearly. Thanks for the good times, my friend.
Cindy, My heart is with you.
Comment Share
Share via:
SW

Posted Jul 19, 2020 at 12:00am
Dennis was like a brother, he was fun, helpful and kindhearted. He said what was on his mind and I loved him dearly. Thanks for the good times my friend. Cindy, my heart is with you.
Comment Share
Share via: 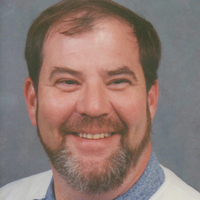